Click the title of this post to see the dialogue in a recent House of Lords session regarding the upcoming court decision on the fate of the Wedgwood Museum.
Better yet, go here to hear and see the session itself! 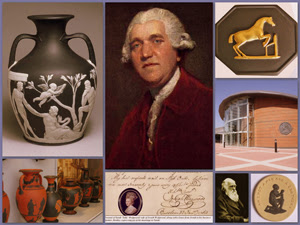 Posted by Leslie Vander Meulen at 4:50 PM No comments:

I'm often asked about the 'value' of royalty souvenirs. There are royalty collectors the world over, and the British Royalty items stand at the top of the list of those collectibles. In our years of selling, and we mostly have carried the ceramic items, we find that the number of collectors is down from a generation or two ago. We know the Wedgwood Ravilious items are still popular and we have a list of WANTS for the earlier items from Queen Victoria backward.

Edward VIII who abdicated is an interesting historical persona and the story of his abdication is interesting, so his items interest me personally. There are two schools of thought, one, that since he abdicated and was never King, his commemorative wares are worthless; the other that since he abdicated his items are more interesting, therefore more valuable, because they were produced ahead of an event that never happened! It is true that once his abdication was known many of the pre-coronation items were literally thrown away or given to company employees to take home -. those are the bulk of what survives. So are they more or less valuable? There is no way anyone can tell YOU what you should collect! Collect for your own enjoyment, education and pleasure, not for a hope that in the future it will make you wealthy. Souvenir items are at the height of their value when the event is current and interest is high. Later on, there will have been something else to take its place in the world's eye. Or, perhaps it will be valuable well beyond your lifetime. Like Victoria's bloomers, whodda ever thunk it? Click the post title to see an article from the UK Sentinel on this subject. And check our older posts for a commentary on the PRE EVENT SOUVENIRS, of all things, for the 2012 London Olympics. Meanwhile, here's a collector's tip for you: The future Edward VIII didn't like being photographed from his right side, didn't like the way he looked. Check out a very interesting plate we have in stock, bought exactly for this reason, we knew the right side profile items are very rare, thus more collectible.

So the short answer is, well, not a short answer! Royalty souvenirs give pleasure while being collected, but if they are produced in huge quantities, and are not of premium quality, they won't increase in value during your lifetime, so collect what you like! Here's another collectors' tip - when Diana died interest in her items rose for a few short weeks. She was back in the news, deeply mourned and those who never got a Diana souvenir suddenly wanted one. I predict that when something else happens in the Royal Family interest will again increase. When (if?) Charles becomes King, watch and see what happens. His Prince of Wales items may well rise in value...afterall, they are older (& likely a better quality product) than the new kitsch that will be produced and they are dwindling in availability due to their age, breakage, etc., and they represent a time gone by that won't be back again. Likely if Charles is King, William will be elevated to Prince of Wales, but he won't serve in that slot as long as Charles has...so there could be a rash of souvenirs in a short amount of time. Pick your choices carefully with an eye to what you may want to add in the future because in the next 20 to 25 years, there should be quite a few royal events to spur souvenir production. And do check out the Pre Event souvenir items for the London Olympics, it's a whole new category. These are souvenirs of the road leading up to the Olympics, not Olympics souvenirs! Should be interesting to see how they fare on the market. Cheerio!
Posted by Leslie Vander Meulen at 9:00 AM No comments: 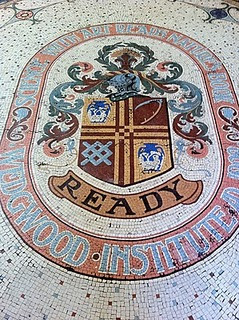 I've seen many references to the Wedgwood Institute in my Wedgwood wanderings over the years but never delved into its story. Today an article which popped up on the internet got me to wondering again. Due to the high cost of rehabilitation to accomodate proper fire escapes, and probably handicap requirements, the building sits nearly empty. It is a fabulous example of 1860s architecture, having taken 6 years to build (by the father of Rudyard Kipling), and with its statue of Josiah, and location where the Brick House Works once stood, an important building which deserves to be bustling once again. There is controversy over public versus private use, ownership and rights. There is always a problem with financing the work needing to be accomplished for its renaissance. Click this post title to see an article about its history and more photos. Wouldn't it be a wonderful school once again! Or a fabulous condominium building. We Americans could be expats in the Potteries with our own little condo-on-the-common right in the hub of Stoke! Here is another article about the current controversy over the reuse of older architecture, a blog on the topic.

Another blog I have discovered contains gorgeous photos of the Wedgwood Institute, with good factual information also. Go here to see it. 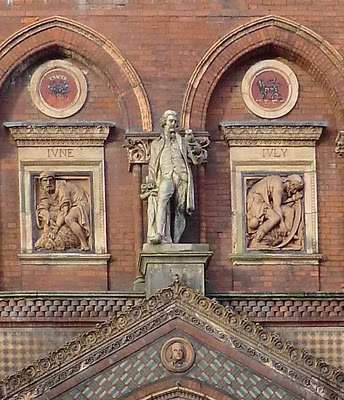 Posted by Leslie Vander Meulen at 9:27 AM No comments:

The Wedgwood Room at Catherine Palace, an Adam Masterpiece

Receiving my recent newsletter of the Wedgwood Society of Boston brought a smile to my face recently. Therein was a lovely photo of the Wedgwood Room at the Catherine Palace. I've seen many photos of it over the years, and none much better than this. When I inquired as to who had written the rather funny caption, I was told it "came from the Internet"...well so what's new? The photo in the newsletter is in black and white but Ron, the Editor, favored me with the original color version which is certainly stunning. Herewith the rather odd caption, doubtless written by someone smitten with the look of the room but not a Wedgwood or architecture scholar, which is OKAY, not everyone can be a scholar on the huge subject of Wedgwood and all its nuances.

“In Catherine Palace in Russia, there was a room designed by the guy behind Wedgwood Pottery, commissioned by the family who lived in the palace at the time. Imagining having such an amazing designer come and put his stamp on one of your many rooms in such an elaborate and unique way made me feel like a princess. I suppose you would have had afternoon tea in there or it would simply sit there as a statement or work of art. It was great, like a tea cup had spread itself all over the walls. Very nice decor.”

What do we think the Adam family would say to this review? I love finding inane, entertaining ditties on the Internet! 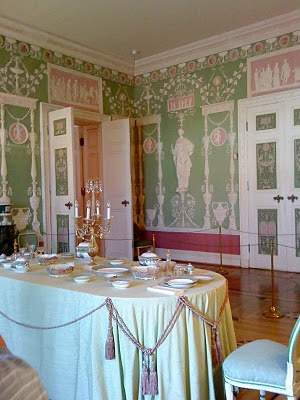 Posted by Leslie Vander Meulen at 11:16 AM No comments: 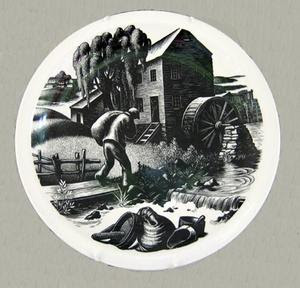 Here is an article from the internet this morning. Being of New England ancestry, these are a favorite subject of mine. Pictured is the plate depicting the grist mill so well known in New England history.

CAPE COD — New England Industries, a series of 12 plates depicting wood engravings by Clare Leighton, is on exhibit at Cape Cod Museum of Art, 60 Hope Lane, Dennis. The plates, made in 1949 - 1950 by Wedgwood in England, are a gift of the late Brewster, MA sculptor Yvonne Backus.

In 1950, Leighton was asked by Wedgwood to create a set of 12 engravings depicting industries that formed the foundation of the New England heritage. Leighton created her beautiful tributes through a process called transfer printing.

Leighton’s prints are in the permanent collections of London’s British Museum; Victoria and Albert Museum; the Library of Congress in Washington, DC; the Mint Museum in Charlotte, North Carolina; and the Boston Museum of Fine Art among numerous others.
Posted by Leslie Vander Meulen at 8:16 AM No comments: 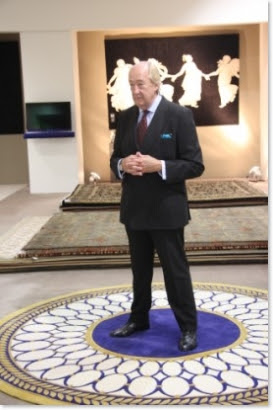 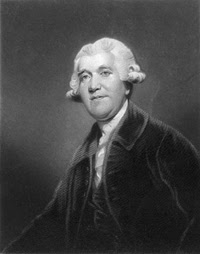